Well the turkeys have voted for Christmas but the question on everyone’s lips is of course “what does it mean?” 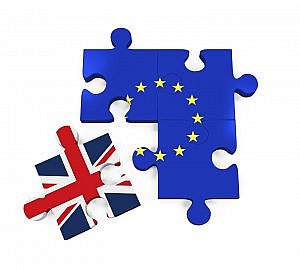 Prism is an Associate Member of the Management Consultancies Association (MCA) and we were last night at the MCA Annual Debate and Summer Reception. The debate, “Trust, Ethics and Reputation in Business after Brexit”, was an interesting and lively affair although the main narrative seemed to be that people had voted to leave the EU because they didn’t trust business, which seems a stretch.

Of more interest to the subject matter of the title was the networking afterwards and there was a lot of discussion about the effects of Brexit. The strands which directly related to Management Consultancy recruitment included:

Unfortunately this fits with other conversations I have had in the last few days including a very senior consultancy candidate whose (verbal) job offer had been withdrawn since the vote.

The prevailing consensus is that recruitment requires business confidence and that is in short supply at the moment.

There was no explicit discussion last night about the impact on Management Consultancy jobs.

However the point was made by several people that consultancy is frequently ‘discretionary spend’ and therefore unless something happens to shore up confidence then it might not be long before consultancy jobs were on the line.

Also though on a more positive note it was also pointed out by MCA Think Tank Director Paul Connolly that the current environment can also create opportunities for advisory businesses.

So in summary, given the usual summer lull and the Conservatives’ leadership election it will be at least a couple of months before there are any firm indicators. If the new PM roars in like an express train with a mass of announcements and gung ho optimism then that might be enough to stabilise the job market.

However If the Tories get their equivalent of the hapless Mr Jeremy Bean, sorry Corbyn, then expect things to get quite bad quite quickly with consultancy recruitment and consultancy jobs in the firing line.