The Report on Jobs, a monthly publication produced by Markit and sponsored by the Recruitment and Employment Confederation, features original survey data which provides an up-to-date monthly picture of recruitment and employment trends. 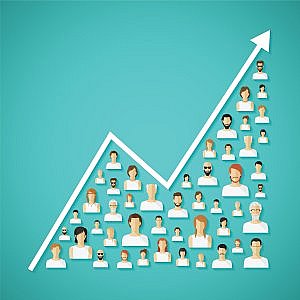 Recruitment consultancies report on the number of people placed in permanent jobs each month, and their revenues received from placing people in temporary or contract positions at employers.

Overall for the UK, the latest data shows strong growth in demand for staff. In permanent placements the pace of expansion reached a five-month high. Demand for permanent staff continued to rise at a faster pace than that for short-term workers.

The number of people placed in permanent jobs increased for a fortieth successive month in January. The Midlands posted the fastest rise in placements during January, closely followed by the North. London saw the slowest growth.

Demand for staff rose at the strongest rate in five months with the strongest overall increase being for private sector permanent workers. Public sector permanent staff saw only a marginal rise in vacancies. In London specifically, permanent and temporary staff skills shortages were reported particularly in Accounting & Finance.

Nursing/Medical/Care was the most in-demand category for permanent staff during January. The second-fastest increase was signalled for Executive/Professional workers.

More information can be found on the Recruitment and Employment Confederation website.