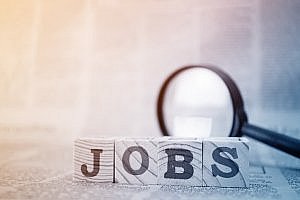 Data from the Office for National Statistics (ONS) confirmed this picture and indicated that the overall number of job vacancies across the UK declined by -4.0% on an annual basis in the third quarter of 2019. This marked the quickest rate of reduction for over seven-and-a-half years.

“Businesses are still waiting to hear that starting gun, and until there is some certainty around Brexit and now the election, employers continue to stall on creating vacancies and making permanent hires.

It’s not just businesses that are being cautious, however, and over October we’ve seen jobseekers become increasingly nervous about making a career change”

“The labour market is strong, but permanent placements have now dropped for eight months in a row, and vacancies growth has fallen to its lowest level since January 2012. One bright spark is the temporary labour market, which continues to provide flexible work to people and businesses that need it during troubled times.

Ending political uncertainty and getting companies hiring again is vital – but we must also look to the long term future of work. Policies which support and enhance the UK’s flexible labour market – allowing businesses to create jobs, employees to build careers and the economy to grow.”

In October candidate availability deteriorated at a faster pace

It may seem odd that while the UK may be teetering on the edge of a recession the availability of staff has declined. The answer is that employees are increasingly risk averse and recognise the security of their current employment compared with making a jump to a new employer. There is an understandable perception of “last in/first out” in the event of a downturn in the economy.

An increase in permanent starting salaries

This is the reason why the report also highlights an increase in permanent starting salaries for job movers. It noted “a further steep increase in salaries awarded to permanent joiners in October. Respondents mentioned that higher salaries were having to be offered in order to attract and secure suitably skilled staff. The South of England saw the most marked increase in starting salaries, followed by London”

At a sector and profession level Retail and Construction continue to fare poorly while IT/Computing and Hotel/Catering remain relatively buoyant although significantly weaker than in 2018. Executive and Professional vacancies remain flat.

An analysis on a regional basis shows a stark regional difference with London significantly poorer on measures of staff appointments and declining vacancies. The South of England and Midlands are similarly affected. The North still remains relatively buoyant, recording a solid increase in permanent placements. The report doesn’t offer much analysis but anecdotally the pressures in Financial Services might be a key contributor to London’s woes.