The REC “Report on Jobs” for July 2016 has just been published.

I expect that everyone’s getting a bit bored with Brexit now: there are more interesting things in the news. Rio for example. The sky hasn’t caved in, well not yet anyway. So life’s pretty much as it was then. Things will sort themselves out.

Well they might of course sort themselves out but the recent authoritative REC “Report on Jobs” for July 2016 makes grim reading.

There was a survey completed from PMI that took place in mid July, of recruiters (very much at the front line) across all sectors (from Blue Collar to Executive) states that “permanent placements have fallen at the sharpest rate in over seven years”.

The commentary goes on to describe the UK jobs market enduring a freefall in July with hiring falling to levels not seen since the 2008/2009 recession. The reason given is that the uncertainty means that employers are very nervous about committing to new recruits. Overall demand has also declined sharply with construction hardest hit.

As a double whammy, employers that ARE still hiring are finding candidate shortages intensifying as people have decided to stay where they are rather than risk a job move.

It is still early days and of course one can’t draw too many conclusions from a single month’s data. Indeed the commentary closes on a positive note with reference to the more stable political situation albeit it’s the REC Chief Executive so presumably optimism is his stock in trade.

The next few months will give a much clearer indication of whether or not the chickens are coming home to roost and the derided “experts” are indeed correct. Fingers crossed eh? 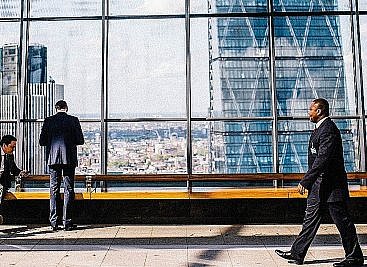