Surveys regularly pop up listing employers’ and recruiters’ application irritations which could make the difference between you getting your dream job and being turned down before you have even started.

The results are fairly unsurprising but highlight easily avoidable application faux-pas that can be so commonly overlooked by applicants and are worth recognising.

In one survey poor spelling and grammar on CVs were voted by over 50% of recruiters as “their number one application turn-off” as they indicate a lack of time and care spent on an application and can usually be resolved with a little effort. Modern spellcheck provides little excuse for errors and if possible, a second pair of proof-reading eyes can be helpful before an application is submitted.  Many roles require exemplary written presentation standards whether client facing or internal and if there are errors on a CV that sets a poor precedent for performance in the role.

Perhaps somewhat surprisingly  in the same survey by comparison, only 25% of recruiters voted a lack of relevant qualifications and background as most likely to inspire a decision to reject an application.

Almost as important as what is written is how it is written with half of recruiters believing a crucial consideration for applicants when writing a CV is a good, logical presentation,  made in no more than two to three pages in mainstream business font.

Also watch out for banalities so as to make your application stand out rather than grating. The survey quotes one in three recruiters’ “biggest pet-hate phrase” on a CV to be “I enjoy socialising with friends”, with  being “good team player” also high on the list of annoyances. Avoiding hackneyed clichés is key with ‘socialising’ never counting as an ‘interest’ of note and  if you are a team player, reference examples that make this clear rather than using the phrase. Although some more left field pastimes might be unappealing to the reader,  something a bit unusual might probably prove more eye-catching than one’s favourite activity being “travel” or “the latest technology”.

When questioned on interview decorum, 42% of recruiters considered unannounced lateness to be the biggest annoyance at interview whether face to face or on Zoom/Teams. However, the  article did stress that advance warning and a legitimate excuse for delay was considered acceptable, which can help prevent one being marked down for the wrong reasons.

Finally, the survey highlighted the importance of being well presented, with “positive body language” and the all-important firm handshake which an overwhelming 80% of recruiters claimed to value: nobody likes shaking hands with a damp fish. That said pointed and over bearing bone crunchers not rated any better! In this video age the equivalent perhaps is a warm greeting and sign off with good eye contact.

We have done some of our own digging at Prism and have come up with a few more application ‘no no’s’. High on the list was inconsistency between employment dates on LinkedIn and the CV and overly long verbose CVs.

With a little thought, application errors such as these can be avoided and bring you one step closer to the role of your dreams.

Related posts for your job search

I don’t like my job: should I make a move? 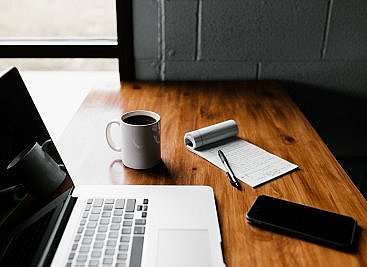 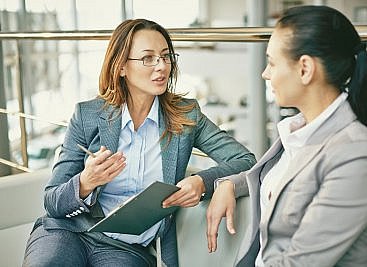 Women in the workforce