Why you left your last job: what to say in an interview

Home » Guides » Why you left your last job: what to say in an interview 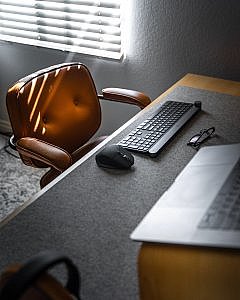 We recently posted a blog looking at the most appropriate course of action when you start a new job but decide, almost immediately, that the role isn’t for you.

Now’s a good opportunity to tackle that inevitable but sometimes tricky point at the interview where you’re asked ‘Why did you leave your job?’ or “Why are you thinking of leaving?” Like all interview questions, it’s essential to prepare in advance and consider how you might answer. Prism’s website has some great information and suggests how you can answer some classic interview questions.

As with all interview queries, the trick is to identify the purpose of the question being asked. Then you are better placed to give a considered, relevant response.  By asking this particular question the interviewer is trying to establish whether you have (in their opinion!) good reasons for leaving your jobs because that will shed light on how long you might stay with your new role. If there is a hint you are bored easily, lack resilience or have expectations the company can’t meet or manage then you might not hang around long. They are also seeking clues as to your motivations and what you are seeking in a new post.

This question, in particular, can be tricky to answer.  The ‘why are you leaving’ question is best answered directly and honestly with a positive slant, so that you can move on to the next one. Often the interviewer wants brief reassurance rather than detail.

Whatever your reason for leaving, make sure you frame it with a positive perspective of how those reasons shape your drive and ambition to succeed in the role you are being interviewed.

Before addressing positive ways to respond, let’s identify ones to steer clear of:

Entirely acceptable responses to the question may be along the lines of:

Essentially be mindful of how any interviewer may interpret your answers.

Prism has a number of articles on interviews and interview questions here which may help you in your preparation.