Six customer service disasters: do management consultants do these? 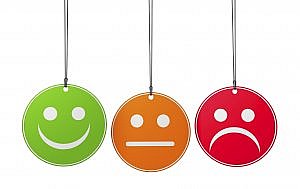 There is always a lot written about customer service and there is no doubt that firms large and small have raised their game considerably in the internet age: that is when it comes to dealing with members of the public.

It is my conviction that the B2B sector now lags a long way behind. Perhaps 15 years ago the standards were much better, relatively, but they haven’t really changed in the meantime.

Mine is not a huge business (perhaps that’s where the problem lies!) but we have several key suppliers: out of cowardice and because I don’t want the disruption of any service suspension I will avoid naming names or indeed the services supplied. None of them are management consultants! Suffice to say they are all “OK” but almost always fail to impress, let alone give me the impression that my business matters to them. I should say at this point that we usually pay upper quartile for these services and we always pay on time!

My chief gripes about customer service in no particular order:

OK we all screw up but I think it’s not a sign of weakness to apologise. Quite the reverse. But mediocre suppliers never apologise. We found one had been overcharging us: it was a mistake (I think!) but when we pointed this out they didn’t apologise. Rather they gave the impression that we were rather inconveniencing them by getting them to change their billing.

2. Lack of response to emails.

I don’t expect instant response but, unless there’s a good reason, I think a working day (not same day) is plenty of time to response to a simple email from a paying client. More complex queries might take longer but the email should always have an acknowledgement. Our suppliers rarely achieve this. Some emails require more than one reminder to get a reply.

One supplier is, for technical reasons, unable to provide an adequate customer service: I understand the reason and am tolerant. What I resent, massively, is no flexibility on the amount they are charging me which of course was based on the assumption that they would be supplying the services in full.

4. Poor response when the proverbial hits the fan.

Occasionally things go badly wrong. In that situation you’d like to think that superhuman efforts were going in to sorting it out together with frequent updates and apologies. Nope: the suppliers in question hide and are characterised by even less communication than usual.

Apart from irritating tick box emails no one ever sits down with me and asks me what I think. I don’t want to put all of the above in writing (see below) but I do want to occasionally get things off my chest and get the impression someone “gives a damn”. Suppliers should remind themselves how damaging complacency can be.

6. Over promise and under deliver.

Often it’s not the obvious major examples that annoy the most, but the smaller ones that cumulatively add up and give a bad impression. Especially “I’ll get back to you by close of play/tomorrow/end of the week (delete as appropriate)”

So the obvious question is why don’t I vote with my feet: the answer is that the only thing more disruptive than shoddy customer service is having to change supplier, especially when grim experience over many years in business tells me that these particular providers are often as bad as each other.

But at some point something will push me and we will switch. You know what? I don’t think they’ll give a damn.